Sales at Travis Perkins fell by 3.4% in the third quarter of the year as the firm struggles to recover from a bruising first half of the year during which it axed 2,500 jobs and nosedived to a £127m pre-tax loss.

In a trading update, the builder’s merchant said that the sluggish performance of large construction projects had taken its toll on its specialist and trade businesses.

Sales at its plumbing and heating division were down 20.4% compared to the same period in 2019 and merchanting sales down by 10.5%, contributing to a fall in the group’s overall sales of 3.4%. 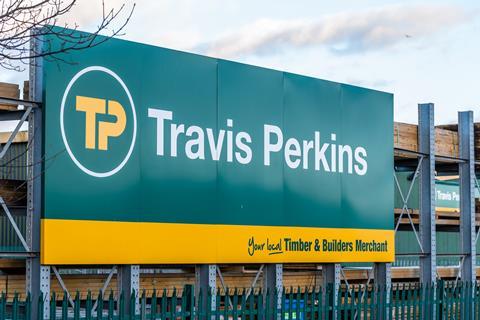 It said the decision to close 165 branches - round 8% of its network - in June had driven the decline in sales, although it added that its businesses had migrated a significant proportion of sales to nearby branches.

“However, there are signs of increasing workflow across these sectors as underlying demand strengthens as businesses have adapted to new and safe ways of working that enable them to keep sites open during periods of local lockdown.”

The firm said that it still had £580m of cash in the bank, with an undrawn revolving credit facility providing it with an overall headroom of £980m.

But it warned that “ significant uncertainty remains from both the pandemic and the ongoing Brexit negotiations, making it hard to forecast performance in the near-term.”