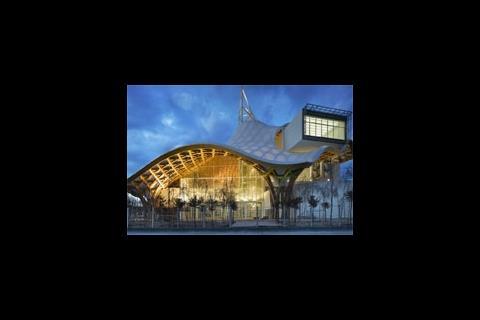 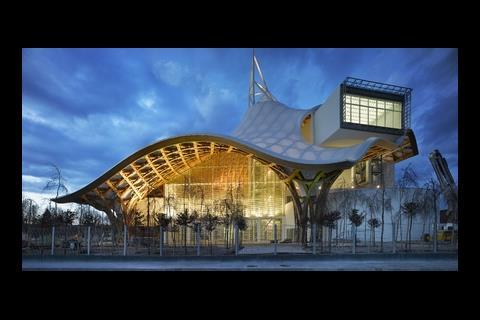 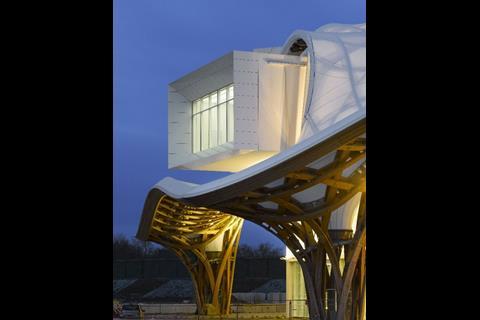 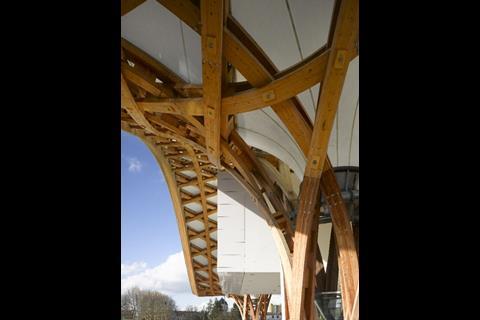 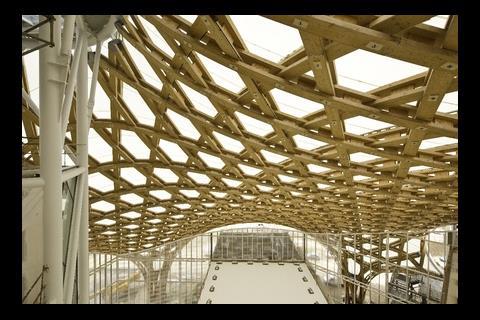 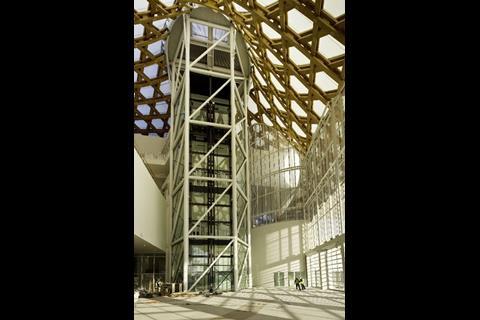 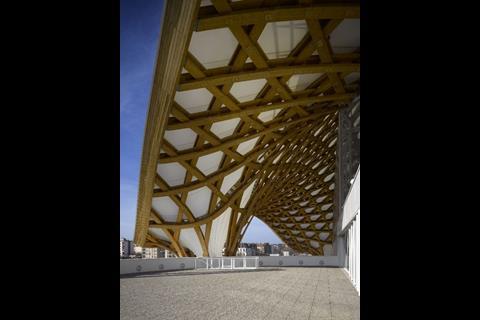 The sequel to the Pompidou Centre in Paris is being opened by the French president, Nicolas Sarkozy, in the city of Metz today.

Centre Pompidou-Metz was designed in a collaboration between Japanese Shigeru ban Architects, Jean de Gastines Architectes and Philip Gumuchdjian after they won a competition in 2003.

The new Centre Pompidou is set within a new park and takes the form of a giant trellised pavilion. A large public esplanade acts as an open-air foyer to the building.

It provides 5,000m2 of exhibition space across three galleries.

The roof, which has a surface area of 8,000m2, is made up of hexagonal wooden units resembling the cane-work pattern of a Chinese hat.

The construction cost was £54m.