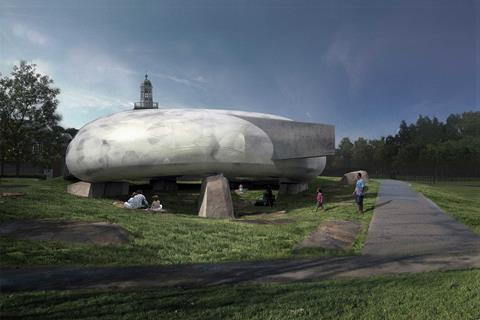 Serpentine Gallery director Julia Peyton-Jones said it had been following Radic’s progress for a while now. “We have been intrigued by his work ever since our first encounter with him at the Venice Architecture Biennale in 2011.”

Radic recently won a scheme to build a new telecoms tower on top of a hill in Chile’s capital Santiago where his practice is based.

His design at the Serpentine will cover 350sq m and is intended to resemble a shell sitting on large quarry stones. It will be made of fibreglass with Aecom again providing engineering and technical design services.

The pavilion will be up for four months between the end of June and October and will include a cafe. It will also be used to stage poetry, music and film nights on selected Fridays between July and September.

Radic said: “This shell – white and translucent – will house an interior organised around an empty patio, from where the natural setting will appear lower, giving the sensation that that the entire volume is floating.”

Aecom will again provide engineering and technical design services, as it did for the first time in 2013, and will also be acting as cost and project manager for the 2014 Pavilion.

Every year since 2000, the Serpentine has commissioned a temporary summer pavilion by a leading architect with the first by Zaha Hadid.

Others to have been chosen have included Frank Gehry, Jean Nouvel, Peter Zumthor, Ai Weiwei and last year Japanese architect Sou Fujimoto whose cloud-like structure was one of the most visited pavilions to date with nearly 200,000 coming to see it. 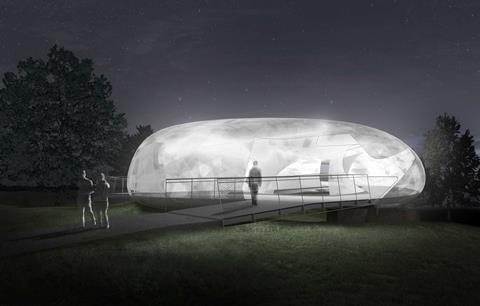