Steel giant says cost overruns on a “small number of contracts” has hit its profit expectations, as it announces 50 job losses 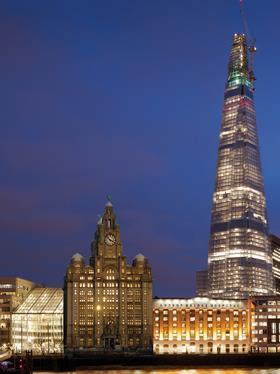 Steel giant Severfield-Rowen has warned that cost overruns on a “small number of contracts” has hit its profit expectations, as it announced 50 jobs would be cut.

In a statement to the City this afternoon, Severfield-Rowen said three of its UK businesses - Severfield-Rowen Structures, Watson Steel Structures and Steelcraft Erection Services - were “delivering below expectations”, with their performances “adversely affected by unfavourable final account settlements and cost overruns on a small number of contracts, as well as the re-phasing of other projects by clients”.

“The Company’s results this year are being adversely impacted by a small number of projects in three of our UK businesses. However, our overall leading position in terms of market share and activity is undiminished.

“The UK order book and the known mix of secured projects, together with the reorganisation of the affected businesses, lead us to expect a recovery in business performance starting in 2013.”

The profit warning comes after an earlier warning in June that operational overruns of £1.6m on two unnamed “complex” projects in the UK would hit profits in the first half of the year.

Severfield-Rowen said the re-organisation of the three businesses, announced in August, was proceeding to schedule with the new company, Severfield-Watson Structures, to be established from 1 January 2013.

It said the restructure would see the loss of around 50 jobs, with the changes delivering overhead savings of “greater than £2 million”. The firm said when this was combined with “improved performance in contract engagement and execution” operating margins were expected to return to between 5% and 6% “over time”.

“One-off costs for the delivery of the new organisation are not expected to exceed £1 million and will be non-underlying,” the firm added.

“The Group’s UK businesses continue to operate in a difficult climate with the previously flagged pricing pressure and protraction of contractual settlements still posing significant challenges as clients and the supply chain compete harder in a shrinking market.”

“Demand in the UK remains depressed, however the Group’s order book levels continue to be consistently strong. Our outlook for UK demand does not anticipate a recovery, but we remain confident that our market leading position and identified future prospects will enable the Group to sustain activity levels in the coming periods.

“The Board remains confident that the ongoing business reorganisation and the conclusion of the affected projects will see an improvement in performance from Severfield-Watson Structures in calendar Q1 2013, together with continued strong performance from Atlas Ward Structures and Fisher Engineering.”

The statement said Atlas Ward Structures and Fisher Engineering, “have performed, and continue to perform, at or above expectations”.

The firm added that its operations in India had made good progress, with an order book of £31m. “In India, we see very strong demand for our services and we will continue to work with our partner to grow the business at the fastest appropriate pace,” the firm said.

It also said that non-executive director Geoff Wright, who has been in post since 2006, would stand down at the end of the year.