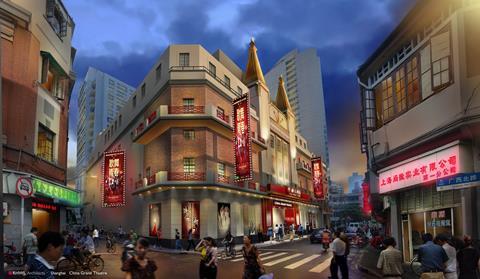 RHWL Architects has been appointed to design the refurbishment of a listed theatre in Shanghai, China.

The project for the Ever Shining Cultural Group aims to return the 1930 Shanghai China Grand Theatre, which is grade-III listed, to its former glory.

The theatre is understood to have been originally designed by British architect F E Milne. The refurbishment, which will cost up to £23m, includes restoring the 1,200-seat auditorium; extending the stage and restoring the facade’s balcony windows and cornices. Work is due to start on site on 1 July 2013 and be completed by December 2014.