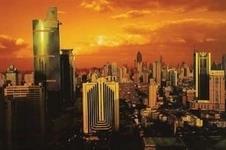 The Chinese government has given the go-ahead for Walt Disney Company to build a theme park in Shanghai.

With the approval of Beijing for the outline deal already agreed with local government in Shanghai, the plan has overcome its largest obstacle.

Detailed discussions between the US firm and officials in the Chinese city can now proceed on how to implement the project, which has been planned for over a decade.

Shanghai mayor Han Zheng has said that an announcement from the city authorities could be made later this week with details of the plan.

The planned location for the park – the former industrial area Chuansha, in Pudong district, near the city's main international airport – has already been cleared of its former occupants to make way for the theme park.

The theme park, which will be the first Disneyland in mainland China, is almost certain to be built following the agreement from Beijing and is expected to open by 2014.