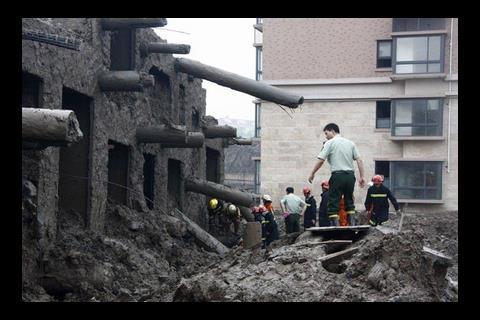 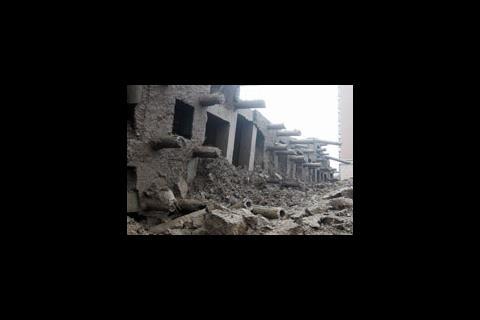 The Chinese authorities are holding nine people over the collapse of a 13-storey block of flats in Shanghai. The building was one of 11 residential buildings at the Lotus Riverside complex, which was nearing completion when it toppled over virtually intact early on Saturday morning killing one construction worker.

The nine people being held include employees form the contractor, project supervisor and developer of the development.

Hundreds of prospective tenants gathered at government offices demanding refunds for apartments at the complex which they had already purchased.