Exclusive: Sir Robert McAlpine and Bam Construction set to fight it out for £64m batch of priority schools in the North-east 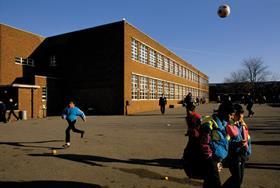 Sir Robert McAlpine and Bam Construction have been invited to tender for a £64m batch of priority schools in the North-east, which form the second batch to come to market through the £400m directly-funded part of the Priority School Building Programme (PSBP).

The batch, worth between £60-64m, comprises nine schools in the North-east of England and consists of four primary, three secondary and two special schools.

It follows Building revealing earlier this week that Wates and Bam have been invited to tender for the first £36m batch of schools in Coventry.

The EFA held a bidder’s day for the schools last month.