Six in the City 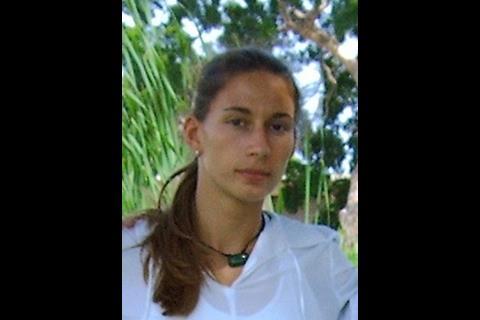 Chani Leahong is a Director of Sponge Sustainability Network, Secretary of the CIBSE Energy Performance Group and an Associate at Fulcrum Consulting. 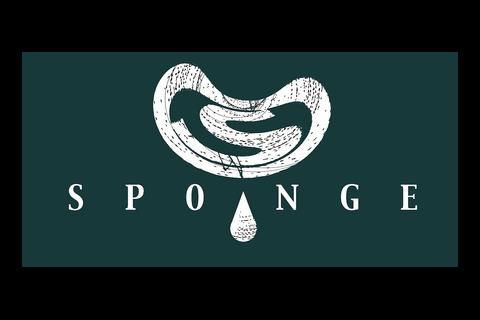 Two crucially important pieces of information have been released in recent weeks which re-define ‘zero carbon’ homes, and which will radically change the way the construction industry responds to the challenges of working toward zero carbon homes.

The revised draft statutory instrument (DSI) for zero carbon homes stamp duty exemption, and a subsequent revision to the Code for Sustainable Homes definition of ‘Code 6’ zero carbon, both remove the potential for installing new ‘offsite’ renewables as part of carbon reduction measures.

Do they realise what they have done?

It may not sound like a big deal that the energy for domestic appliances must generated ‘on-site’ in addition to all the other energy used in the home. ‘Surely it’s just a couple of TVs?’ one might remark. Well, using those domestic appliance add up to around half of the carbon emissions for a new build, energy efficient home.

There are a number of problems with this, including lack of cost effectiveness, technical efficiency and maintenance issues. However an overriding problem is that for many projects, particularly in cities, the new definition simply cannot be achieved.

The 50 per cent of the carbon emissions that is not from domestic appliances is currently regulated under the Building Regulations Part L and includes heating, hot water and lighting. For many projects, renewable electricity generating technologies such as wind turbines or renewable CHP systems, are not appropriate due to scale or location. This being the case, there is often physically not enough space to generate the whole of the energy required for net carbon balance, either ‘on-site’ or ‘near site’.

I am working on a project in East London with Olive Green Developments, a new developer who has set out with sustainable housing as their core product, which is a fascinating case in point. The development is a 40-unit scheme on a brown field, in-fill site and is being designed to meet Passive Haus standards and Code 6 (pre-October version!). A noble quest indeed!

Just to meet net zero for Part-L regulated emissions for the scheme on-site means that all solar-accessible roof area would be taken up with PVs (around 230m2), even with a biomass boiler being used for all heating needs (pellets made from local wood waste can be sourced from a nearby manufacturer). Wind turbines and biomass CHP were excluded for technical reasons and a ground-source heat pump would mean even more requirement for renewable electricity generation.

Adding non-regulated emissions would make achievement of the requirement impossible as it would require around 650m2 PV area, almost three times more, which is exceeds that available on all suitable solar accessible roof and façade areas combined.

It is widely recognised that one of the most sustainable ways to develop new homes is to utilise brownfield land in cities. It makes efficient use of our urban infrastructure and mitigates the encroachment of our cities into green-belt and rural landscapes. Transport links are generally good and the development of vacant or under-used brownfield sites can deliver positive urban regeneration.

If the Government’s recently revised Code definition of Zero Carbon continues to exclude the allowance of ‘off-site’ renewables, there are two possible outcomes. Either, inner city brownfield development will be killed, as zero carbon is either physically impossible or so absurdly expensive that no-one can build; or the Government will not deliver its zero carbon targets.

Neither of these outcomes is acceptable.

Why is this important today?

A trajectory toward zero carbon development for all new housing by 2016 has been set. Similar plans are also expected for all new non-domestic buildings will soon be laid out.

In urban planning terms, 2016 is not far away. A single, medium-sized, engineering consultancy, specialising in sustainable engineering masterplanning, is currently involved in developing energy strategies for around 55,000 dwellings on schemes spanning across 2016, of which around 35,000 of those dwelling are to be built after 2016.

To achieve effective solutions to 'zero carbon development'; whether it's ‘on-site’, ‘near site’, or ‘off-site’ renewables; requires consideration and planning of supporting infrastructure at masterplanning level. This might generally be 5-15 years prior to construction of a particular dwelling, therefore an adequate resolution to the debate on the definition of zero carbon is required urgently.

Why did they change it?

The previous DSI and Code definitions of zero carbon homes did allow the potential for new ‘additional’ off-site renewables installations to count toward the achievement of net zero carbon, for the non-regulated energy, i.e. domestic appliances. The problem with this definition appears to have been principally two fold.

Firstly, there is an argument that any renewable energy generated ‘off-site’ should be built anyway to meet the energy needs of the existing built environment. This is not necessarily an unsound position from a theoretical and moral standpoint. The fact, however, is that we are currently about a million miles from maximised use of potential renewable resources in the UK and we have to act as fast as we can to rectify this.

Secondly, there is currently not an established mechanism for guaranteeing ‘additionality’. That is, I believe, guaranteeing that the renewable installation was not part of statutory Renewables Obligation requirements. This can be addressed.

It is also understood that the Code definition was changed to align with the Treasury definition in response to lobbying that there should be a single Government definition of Zero Carbon. This may, in principle, be a good idea and helps reduce the degree confusion felt throughout the industry already in relation to sustainable development standards.

Unfortunately, a rather key point appears to have been missed along the way: that the Code definition must enable delivery of all UK housing stock as zero carbon by 2016, whilst the stamp duty definition will have been crafted to prevent large losses in the Government purse from too many people claiming stamp duty exemption. These two objectives have mutually exclusive outcomes. It is absurd that the same definition would be applied to both definitions in this instance.

How can we make it work?

Work on one of the Millennium Communities three years ago led me and my colleagues to develop our thinking on potential mechanisms to deliver guaranteed ‘additionality’ for renewable installations offsite. This was driven by the commercial and technical logic of large-scale renewables installations, in appropriate locations.

We approached the BRE for approval in-principle to get credits for new offsite renewable technologies, as long as they were specifically created for the particular scheme, and we received approval from the heads of BREEAM and EcoHomes at the time, as they too could see the logic in what we were proposing. This idea then made its way into the Code for Sustainable ‘revision 1’ in April this year. However, the wording used left plenty of room for interpretation and potential abuse.

Key to delivering ‘off-site’ renewables is a good set of rules. A contractual mechanism is required which is robust, legally tight and auditable. Recently enforced REGO’s (Renewable Energy Guarantee of Origin certificates) combined with a requirement for ROC retirement to ensure that the ROCs are not counted toward other renewables quotas, should help form a basis for development of a suitable contractual mechanism.

Once a mechanism and rules are established, there is potential for a whole new market to exist, whereby developers and renewable generation companies can work together to derive the most cost-effective and commercially viable approach to addressing the carbon emission reduction in the built environment. Greater carbon savings can be achieved for the same capital investment; and why stop at new build?

A fund of some kind, managed by Local Authorities, but controlled by Central Government, could also be applied. With a per kg price put on carbon dioxide emissions, for those sites where achievement of ‘Code 6’ carbon on site was not technically achievable, the Local Authority would receive an amount of money to be used on a new renewable installation in a location that was technically appropriate and cost-effective.

We create complex contracts all the time in the industry and our economy is full of onerous audit and measurement mechanisms, so what does Government think is so different about this one? Any eco-conscious lawyers keen to work with me to fix this, please sign-up here!

Chani Leahong is a Director of Sponge Sustainability Network, Secretary of the CIBSE Energy Performance Group and an Associate at Fulcrum Consulting.

Sponge are holding a debate on these issues in the House of Lords on Thursday 30th November. It is entitled “This house believes that offsite renewables have an essential role as part of delivering government zero carbon building targets”.