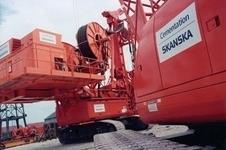 Skanska AB has appointed a new president for its UK operations.

Mike Putnam, who takes over on 1 October, previously held the position of executive vice president of the firm’s civil engineering and building-related units.

In a release, the firm said Putnam had “a proven track record of delivering results and a strong focus on driving the efforts within work safety”. He had overseen a “turnaround” in Skanska UK, it added.

Putnam replacing Mats Williamson as president who is returning to Norway to take up a post on the firm’s senior executive team.

The appointment is part of a wider senior management reshuffle throughout the company which also sees a new president appointed in Poland.

The changes will take Skanska to “the next level,” the firm said.