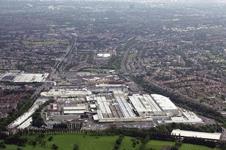 Plans to build 800 homes on the former MG Rover site in Birmingham have been put on hold by St Modwen.

The decision follows poor half-year results for the regeneration specialist, which yesterday revealed a £20m pre-tax loss for the first six months of the year.

St Modwen still plans to develop part of the Longbridge site for commercial use but the residential element will wait until the UK market picks up enough for the land to be sold.

The firm has also put on hold a scheme to build homes on Stoke City Football Club's former home, Victoria Ground, which has been out of use for a decade.

The scheme will be delayed for at least 18 months, until the housing market improves.