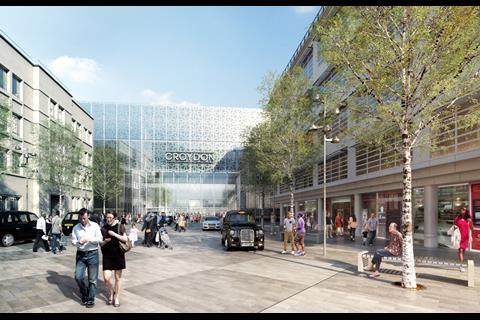 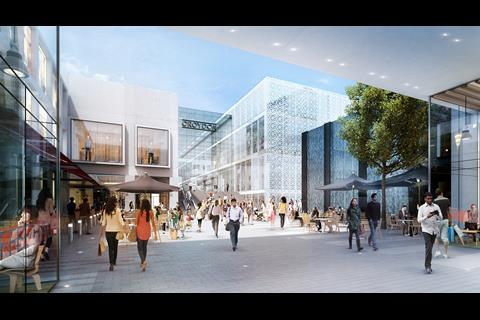 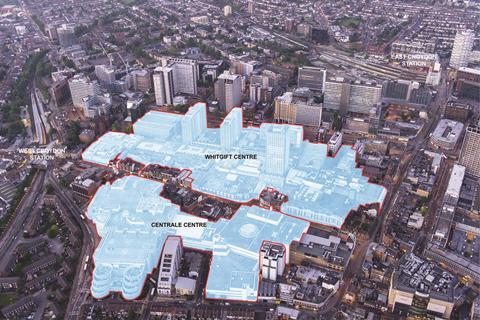 Construction work on the £1bn retail-led regeneration of Croydon town centre has been pushed back to next year, one of the developers behind the project has said.

Westfield and Hammerson two years ago unveiled proposals to jointly redevelop Croydon’s Whitgift and Centrale shopping centres with a 200,000m2 scheme including retail and leisure space and up to 600 new homes.

Their plans won consent in April last year but Hammerson said today in its audited results for 2014 that work would not start this year as had been expected.

It said: “The planning process and design of this significant regeneration project has taken longer than originally expected and, assuming a successful CPO outcome, works are due to start in 2016 with completion scheduled for 2019/20.”

Elsewhere, the developer said it expected to get a decision on its Bishposgate Goodsyard scheme in east London’s Shoreditch area by the end of this year.

The development proposes up to 1,500 new homes, 60,000m² of offices, and 19,000m² of new retail space on 4.2ha of former railway land. The application is being determined by both Hackney and Tower Hamlets councils as it straddles their boundaries.

Longer-term, Hammerson said it had just submitted a planning application for a 14,000m2 retail extension to Didcot’s Orchard Centre, and that the refurbishment and modernisation of its Parc Tawe centre in Swansea could start on site towards the end of this year.

It also announced that it had submitted detailed planning applications for the first phase of its Brent Cross Cricklewood regeneration project in north-west London, in conjunction with Standard Life Investments.