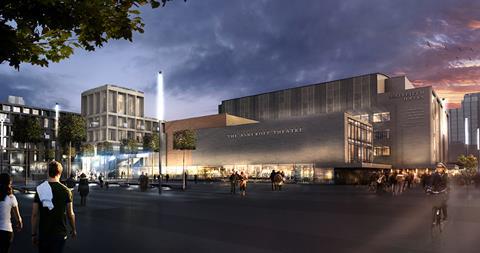 Rick Mather Architects has been appointed to masterplan a major culture-led scheme in central Croydon.

Croydon-based Mott MacDonald has also been appointed as lead consultant on the scheme.

Rick Mather Architects has worked on a number of major culture projects, including Royal Festival Hall on London’s South Bank and the Lyric Theatre in Hammersmith, while Mott MacDonald was lead engineering consultant on the Sage Music Centre in Gateshead and the Royal Welsh College of Music and Drama in Cardiff.

Croydon Council said the scheme will create “high quality” public space and provide a through route to and from East Croydon station, connecting visitors with Queens Gardens, the Clocktower, Surrey Street and Exchange Square.

Jo Negrini, Croydon Council’s executive director of place, said: “We are delighted to have appointed Mott MacDonald who were selected because they offer a clear vision for the redevelopment of College Green.

“It is fantastic that they are also a Croydon-based company, and bring with them the knowledge and expertise of Rick Mather Architects.

“This represents an important step forward in the cultural regeneration and economic development of the town centre.”

A planning application is expected to be submitted by the autumn.