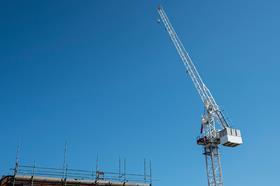 The dispute had centred on HTC’s recent offer of a 3% pay rise to its crane operators, which Ucatt said failed to make up for pay freezes during the recession and resulted in a day of strike action on 7 November.

Ucatt members at HTC voted in favour of the improved pay package in a ballot on Tuesday and all planned strike action has now been called off.

Ucatt added: “The new agreement also means that the bonus rate has been consolidated into the basic rate and a further raft of expenses and allowances, which workers previously enjoyed, have been reinstated.”

Steve Murphy, general secretary of Ucatt, said: “This is a victory for common sense. We welcome the agreement as it gives stability to both sides. Our members have certainty about pay and HTC have certainty over their future business costs.”

Murphy added: “UCATT is now looking forward to a fruitful relationship with HTC.”