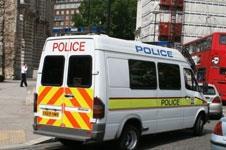 A surveyor has been sent to jail and a damp proofing business fined thousands of pounds after they ripped off a number of elderly people across the Midlands.

An investigation by the Midlands 'Scambusters' team and Walsall Trading Standards found that Aqualine Damp Systems had conned householders by misdiagnosing damp so that it could sell unnecessary work.

Surveyor Phil Vyse was sent to jail for eight months. Aqualine was fined £6,750 and ordered to pay compensation to the householders of £11,032 and prosecution costs of £11, 986.

Mark Camm, Aqualine’s director, was sentenced to a community service order of 300 hours unpaid work and ordered to pay costs of £5,000.

Barry Purcell, also a surveyor, was sentenced to a community service order of 200 hours unpaid work and ordered to pay costs of £3,000.

Consumer Affairs minister Gareth Thomas said: "This is a real success for Scambusters and Walsall Trading Standards. The Government funds Scambusters so that they can bring rogue traders to justice. These conmen cost vulnerable people thousands of pounds and give honest businesses a bad name. They deserve to be punished for their crimes."

Scambusters targets rogue traders and is funded by the department of Business, Enterprise and Regulatory Reform

The case was brought in relation to offences against nine different households and heard at Wolverhampton Crown Court.