2
Sustainable Contractor of the Year
News

Sustainable Contractor of the Year 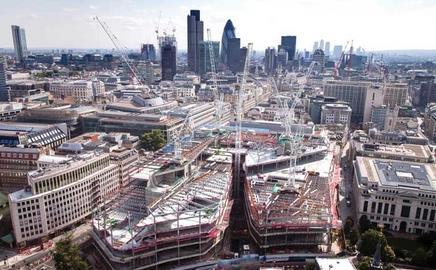 A concrete contractor that has halved the amount of carbon embedded in its product scooped this award. Sponsored by SEGRO

In today’s economic climate contractors might be tempted to take their eye off the sustainability agenda, but this isn’t the case for Byrne Bros, which over the past 18 months has refused to compromise its environmental commitments. The firm received ISO 14001 certification in 2007 and since then has been targeting waste, It now diverts 95% of its waste from landfill. But it’s the carbon emissions arising from its products and transport fleet that can’t be ignored, and the judges were impressed by the strides it has taken in this area. During the past two years the company has managed to reduce the embodied carbon of its concrete mixes by 50%. The renovation of its transport fleet has reduced emissions by 4% and it is targeting 10% next year.

Willmott Dixon Group has set itself some tough sustainability targets, including delivering zero waste to landfill by 2012. The best way to achieve them, it believes, is from the boardroom down and it has put in place online training modules to spread the work. The firm is also on the core task group developing the UK Green Building Council’s Code for Sustainable Buildings and is helping subcontractors develop their own environmental management systems: 36 signed up by June 2009 and a further 80 will join them by the end of the year.

This firm is a frequent visitor to this shortlist. Its global vision is to be a sustainable organisation and in the UK it has developed targets to help it design, construct and operate zero-net-carbon, waste and water developments. Some of its goals for the end of 2010 include diverting 88% of its construction waste from landfill, creating certified standards for all its key materials, achieving excellent BREEAM rating where possible and a 20% reduction in its direct carbon emissions.

How a building looks is no longer important; it is how it operates that counts. This is a bold statement but it underlines NG Bailey’s attitude to sustainability. As a firm responsible for designing, installing and maintaining primary energy-using systems, such as lighting and air-conditioning, the firm is well placed to have an impact on energy use. It has also embarked on a campaign to reduce its own carbon emissions by 5% every year. It now monitors the carbon consumption across its own estate and has introduced technologies, such as video conferencing, to ensure it meets its target.

Social housing developer and contractor United House takes sustainability seriously at every level. Along with its groundbreaking work in developing an eco-retrofit programme for social housing that will cut household bills by 50% and reduce carbon emissions by 70%, it has also achieved a 25% reduction in its fleet emissions, reduced waste to landfill by more than 50%, signed up to the WRAP “Halve Waste to Landfill” voluntary initiative and created the 80:80 Partnership, working closely with Aecom, ECD Architects and PRP Architects on neighbourhood-scale sustainable refurbishment programmes.

Wates is developing initiatives focused on improving sustainability in three areas – waste and materials, carbon emissions and skills and employability. In response to its 2006 report “Target: Zero”, the company was able to divert 84% of waste from landfill in 2008. This includes working with 2k Manufacturing which takes mixed waste plastic and reprocess it into eco-sheets for use as site hoardings. In 2008/09, 71 projects were measured using BREEAM or Code for Sustainable Homes standards. Internally, the business has worked alongside the Energy Saving Trust to develop a green travel strategy.