6
Sustainability Leader of the Year
News

Sustainability Leader of the Year 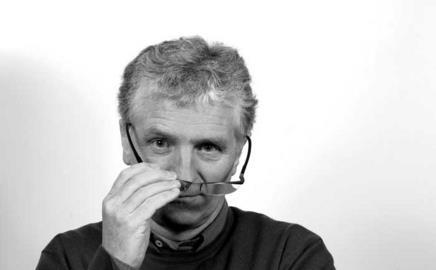 Rab Bennetts’ mix of pragmatism, invention and commitment to green architecture has made him this year’s epitome of sustainability in the built environment

Rab Bennetts has become something of a role model and spokesperson for green architects over the past two decades. The softly spoken Scot, who set up his practice with his wife Denise in 1987, has carved a niche for himself by thoughtfully influencing the way clients and designers look at low energy and sustainable buildings – most notably commercial offices. And his momentum shows no signs of slowing down, as the transformation of Hampshire council’s headquarters in Winchester, which won this year’s large project category, shows.

Bennetts is in no way dogmatic in his approach. He does not believe that all buildings should be ultra deep green at any cost. Nor is he the sort of designer who relies on technology. His style is to use simple techniques, rather than plastering the roofs in photovoltaics or micro wind turbines. In fact, he sees himself as a conventional architect designing good buildings.

He is a firm believer that architecture and services should go hand in hand. “You can never design a building without complete integration between the space, the structure and the environmental engineering,” he has said. He is also able to balance the needs and desires of clients: his office schemes have mechanical ventilation and air-conditioning, and they still manage to tick the letting agent’s boxes – which is why the big league developers aren’t afraid to appoint him.

Bennetts Associates’ role call of projects includes some seminal buildings and today he still takes a hands-on approach. The scene was set early with PowerGen’s headquarters in Coventry and Wessex Water’s operations centre on the outskirts of Bath. This has been followed by schemes such as the Jubilee Library in Brighton which was low energy but also an imposing civic building.

Working with such a diverse range of clients, including councils and commercial developers such as Land Securities, he has helped interpret what a modern energy-efficient office should be and on top of this he has also championed the use of post-occupancy feedback to improve the performance of building in use.

Bennetts also sees buildings in their broadest sense. Take New Street Square on the edge of the City. This scheme was designed as one large building but Bennetts’ came up with a new scheme made up of five smaller buildings set around a square for the public to sit in and commuters to cut through.

Bennett’s latest achievement shows just how in tune the practice is with current challenges. The transformation of Hampshire council’s sixties concrete monolith into one of the UK’s most energy efficient offices – and with a much prettier face – shows just how on target Bennetts is with the current challenge facing the built environment.