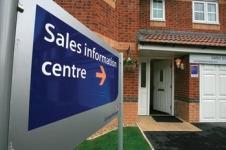 Taylor Wimpey has announced it won’t reach a refinancing deal with its lenders until April.

The date is beyond an agreed time limit of 31 March, the date on which its banking covenants are due to be tested.

The date has already been extended from 31 December.

A company statement said its lenders supported a second deferral to complete the talks.

It said: “These discussions are at an advanced stage and continue on a constructive basis with all debt providers being supportive of the company. The company now expects to successfully conclude this process in April, following the completion of a formal three week bondholder approval process, rather than during March as previously indicated.”

It has also delayed announcing its 2008 results until April.

KBC Peel Hunt analsyt Robin Hunt said: “This is positive news in the sense that anything that says the banks haven’t run out of patience is positive news. It shows the company is still alive and heading towards a relatively clean settlement.”

Last month sources close to the talks expressed their exasperation at the length of the process, which has been running since last October. They blamed poor internal accounting systems at Taylor Wimpey for the delays.