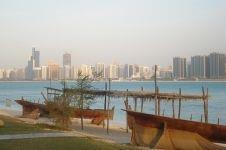 Up to five companies will be shortlisted to build megaproject to link Kuwait, Saudi Arabia, Bahrain, Qatar and the UAE

Tenders for a $25bn rail network spanning the entire Arabian Gulf are to be issued in the first quarter of 2010.

The regional rail network will link the six Gulf Co-operation Council (GCC) states with a 2,117km long network, to be open by 2017.

The project will start by linking Kuwait with Saudi Arabia, with construction of the lines connecting Bahrain, Qatar and the UAE to follow.

Up to five companies will be shortlisted for the mega project according to Mohammad Bin Obeid Al Mazroui, the assistant secretary-general for economic affairs, who announced the plans in Arabic daily Al-Ittihad.

Al Mazroui suggested that the project could either be executed by a single company or by a number of companies working together as a consortium.

The news comes on the back of the Kuwait Financial Centre’s (Markaz) report at the end of 2009 that said GCC states would invest $109bn in rail over the next 10 years. The figure is based on announced projects in Bahrain, Kuwait, Qatar, Saudi Arabia, the UAE and the pan-GCC project.

Of the GCC states only Saudi Arabia has a railway and it is still in its infancy, while Dubai opened its first metro line last September, but otherwise the region is sorely lacking in rail infrastructure.

Further investment in rail is seen as crucial to reducing congestion on the region’s roads as populations increase with the current transport infrastructure seen as insufficient.

In addition, $14.45bn will be invested in the road networks across the region between now and 2019, according to reports.