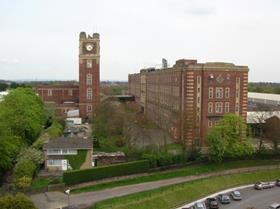 Developers David Wilson Homes and Henry Boot Developments have purchased the former Terry’s Chocolate factory in York for the development of a £70m project.

Henry Boot will refurbish the clock tower, six-story factory building and the former headquarters office building. It will also build offices, hotels and retail space on the site.

Over half (56%) of the 24.6 acre development will be residential. David Wilson Homes plans to build 271 homes on the site including 164 houses and 119 apartments.

Paul Newman, managing director of David Wilson Homes’ Yorkshire West arm, said he was currently working to secure a section 106 agreement for the development which already has planning permission.

He added: “Demolition work has already been completed and we are keen to get the infrastructure in place to start building homes this year.”

“All being well, we could begin on site in the summer, underpinning up to 200 new construction jobs in the process.  We’re tremendously excited about the opportunity to regenerate this deteriorating brownfield site to make it into a vibrant part of the local South Bank community,” he said.