The pick of the bunch at Little Britain 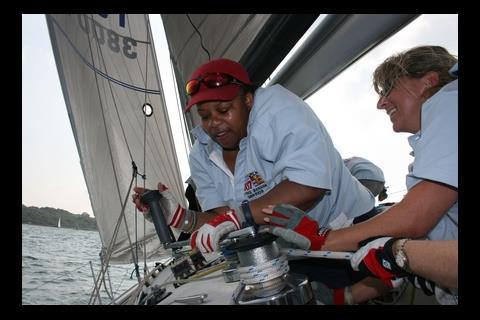 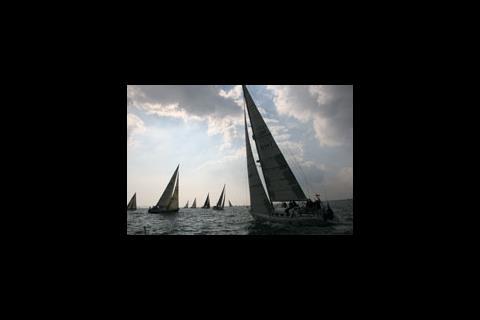 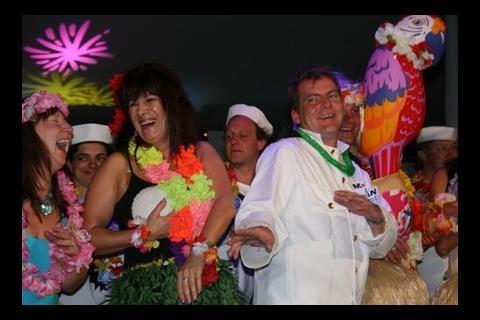 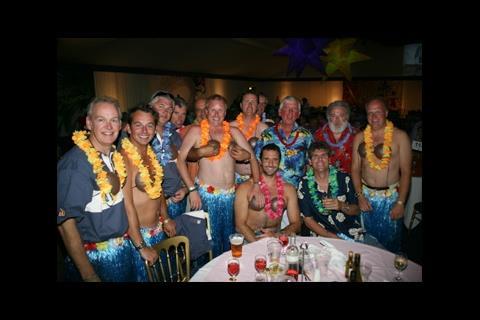 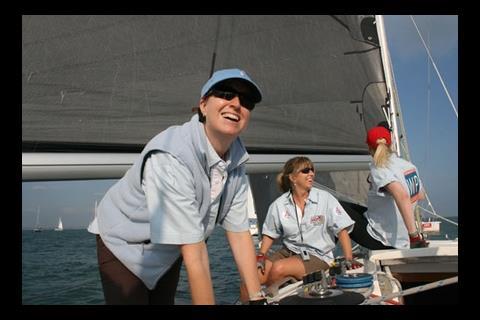 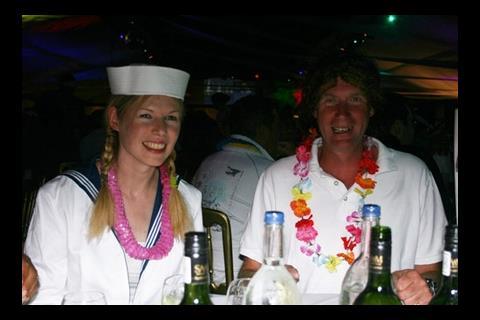 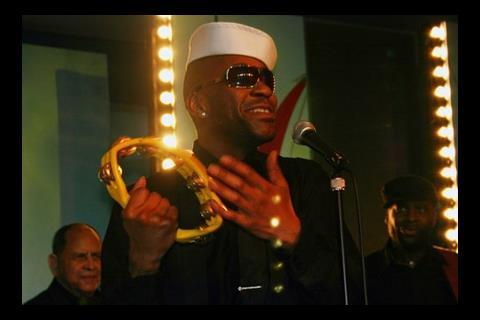 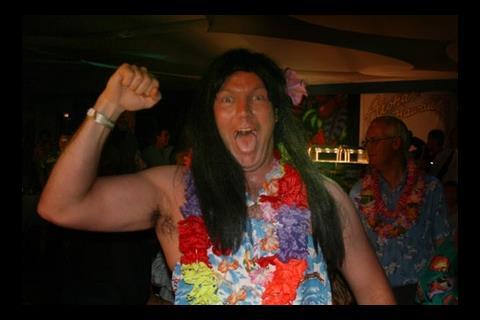 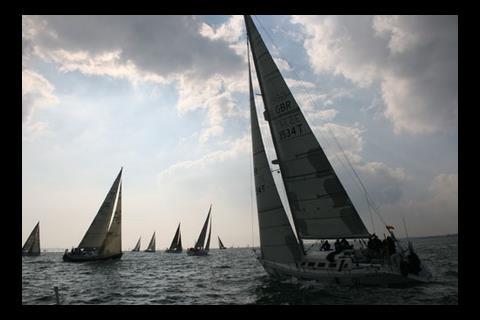 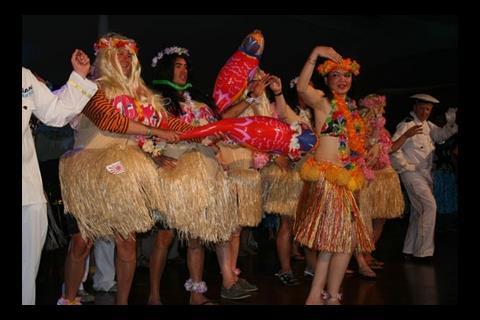 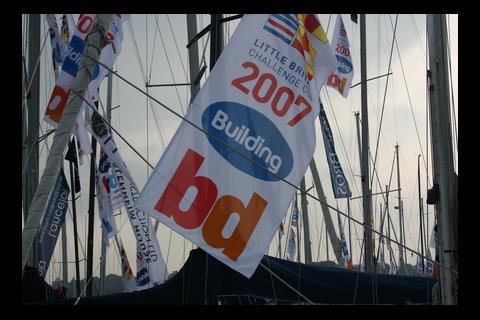 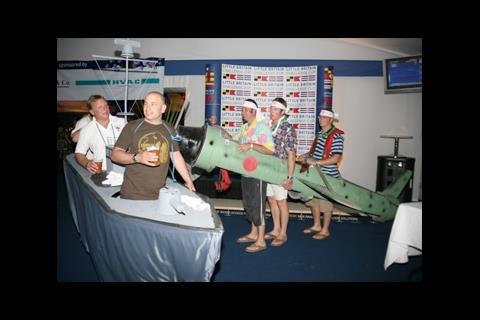 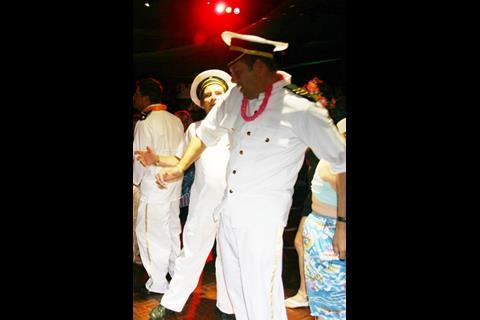 Confusion over flying bananas, sarongs and end-of-season sales are all par for the course at the construction and property industry's annual regatta

My sailing weekend in Cowes got off to an inauspicious start. Stuck at Southampton quayside at midnight, with the next ferry to the Isle of Wight running at 3am, I was tempted to get the next South West Train back to London.

But I’m glad I checked into the Holiday Inn a mile trudge away, even though it did cost £107 (breakfast not included) and meant dodging a few drunks to get there. If I’d gone home I would have missed the chance to sail on a boat named the Flying Banana, which turned out to be one of the more successful boats at the Little Britain regetta.

Flight of the banana

Flying Formula, crewed by members of Women in Property (WiP), was one of 249 boats entered for the Little Britain Challenge Cup. The competition for teams from the property and construction industry is the second biggest regatta in Europe, and the site of 249 boots festooned with flags and logos certainly looked impressive from the Red Funnel ferry that finally delivered me to Cowes on Friday morning.

Sharp-sighted readers will have seen I accidently called the boat the Flying Banana in an earlier version of this article. For some reason this name stuck in my mind for the whole weekend so apologies for any confusion.

I met Carol Bell, and some of the other WiP crew at the main marquee where some 2000 people were having breakfast. At the table were three professional skippers talking a language that was incomprehensible to my ears. I was wondering what kind of nautical term “tosser” was, when I realised they were actually referring to an Olympic sailor who had walked into the marquee. Clearly, there was going to be some fierce competition out on the water today
.

That’s if there was going to be any competition. At 9am, the time of the first race, the wind was blowing at approximately zero knots. With racing suspended for the morning my team decided it would be best to stay on dry land. It was sales rather than sails as the crew headed for Cowes High Street in search of end-of-season bargains. My wanderings took me to a shop called Becalmed, which pretty much summed up the morning’s activity.

Thankfully at 1pm the organisers announced said that the wind had picked up and that our race would soon be underway.

The Flying Banana had run well in race number one on the previous day, coming second in the Class 8 category. As I was introduced to Dave the professional skipper and the rest of the crew I became all too aware of my responsibility not to muck up the team’s chances of continued success.

Even as a passenger you can still wreck a boat’s chances of winning. Sitting in the middle of the boat taking pictures means you generally get in the way of people doing important tasks such as steering and tacking. And then there’s the possibility of hitting you head on the boom and stumbling overboard. This could waste the team precious minutes if they choose to turn the boat around and rescue you
.

Out on the water I was impressed by how slick the team worked together. Only four of the WiPs had sailed together before, but the eight-strong team looked as though they’d been making Atlantic crossings together for years. Carol Bell from RLF did some stirling work trimming sails and charting our position, while HLM Architects director Caroline Buckingham and Lesley Logan of Morgan Ashcroft did some precarious work at the bow end. Rachael Reid of Aedas, Liz Home if GVA Grimley and HLM director Karen Moseley pulled ropes and winches at a frantic rate, while Alison Clifford Smith of CODA Architects did some important work with ropes near the helm that I never quite understood. We managed to tack a lot more sharply than some of the boats, especially those that grounded on a sandbank.

Things were going very smoothly until another boat ‘stole’ our water at the last marker and we were forced to make a triple tack – which at the end of a long race is as painful as it sounds.

As we approached the finish we assumed the time lost would cost us a podium place but a tell-tale puff of smoke from the officials told us we’d managed third. Cue scenes of jubilation on the banana.

Spirits were high all the way home and even an altercation with NG Bailey’s chartered motor cruiser as we berthed failed to spoil things. Overall the Flying Banana came 16th, won the Alliance class (for project teams), came third in our yacht class and won the mixed crew trophy.

Of course, at Little Britain the evening’s entertainment is as important as the racing and many thanks to WiP for providing me with a camouflaged sarong and sleeveless US army shirt for the Pearl Harbour fancy dress party. As you can see from the pictures on the right my outfit (think Klinger in Mash) was one of the more tasteful outfits on display.

Sailing with Women in Property