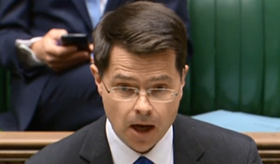 Ambitions to build more homes must focus on more than just the number being built and should consider the needs of the people they were being built for, secretary of state for housing James Brokenshire told an industry conference yesterday.

Speaking at the Create Communities event in London, Brokenshire (pictured) said there ought to be as much focus on the communities which the new homes were being built for as the numbers of units being constructed.

“Questions around the quality and design of the new homes we build will become more important. Housing can’t just be a numbers game,” he added.

The minister also told the conference he was “appalled” at the levels of homelessness across the UK and called on local authorities “to build a new generation of council homes”.

The recent lifting of the borrowing cap would “allow local authorities to fulfil the potential that is clearly there and we should analyse how we can unlock the potential to create more joint ventures with housing associations and others”, he added.

Pointing to the Building Beautiful commission he established last year, headed up by philosopher Roger Scruton, Brokenshire said the move was “probably the most controversial but important thing I’ve done as a minister”.

Acknowledging that the commission had attracted a lot of debate, Brokenshire said he “wanted those responsible for building to understand that popular consent matters”.

While Scruton declined to appoint any architects as commissioners, Brokenshire said he was still supportive of the role such individuals played in developments, although he wanted more consideration given to what local people felt about a proposed scheme in their neighbourhood.