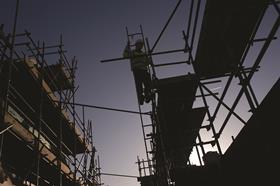 New research has slammed rocketing land prices and called on the government to enact a range of reforms which will free up more land for affordable housing schemes.

A report by left-wing think tank the Institute for Public Policy Research (IPPR) argues that the UK’s “dysfunctional land market and soaring land values” have helped to create the conditions for a “broken housing market”.

According to the IPPR the current system “actively encourages speculation in the housing and land markets, which makes existing housing ever more unaffordable and new affordable homes ever harder to build”.

Landowners were “incentivised to drip feed land on to the market so as not to raise supply and lower potential prices and their profit”, it went on.

The highest values were to be found in London, where a hectare of land in the borough of Kensington and Chelsea with residential planning permission was valued at £181m.

The same sized plot in Redcar and Cleveland in the north east of England was valued at just £300,000.

“The high cost of land makes it more expensive, difficult and risky to build homes at affordable prices, all of which reduces the rate at which new homes are built,” the report said.

The IPPR has called on the government to scrap the funding cap imposed on local authorities looking to borrow to build council homes.

Ministers should also set new guidelines in England for the minimum proportion of new housing developments which must be genuinely affordable, it added.

Last month the government published its revised National Planning Policy Framework, claiming the revamped proposals would “focus on building the right number of high quality new homes in the right locations, stronger protection for the environment and greater responsibility and accountability for housing delivery from councils and developers”.