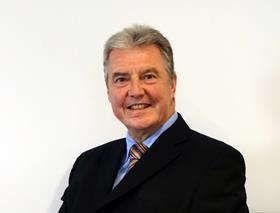 Thomas & Adamson has restated its intention to double its London revenue as it appoints a director from Willmott Dixon.

James, a QS by background, was a business manager at Willmott Dixon, where he secured new work and looked after the accounts of developers including British Land, Derwent London, Frogmore and Landsec.

He has also worked for John Laing, Gleeson, Kier and ISG.

Alastair Wallace, senior partner at T&A, said: “Whilst our heartland is north of the border, our goal is to see the South East arm double its income over the next five years.”

The 160-strong business currently turns over around £15m a year but Wallace told Building in November that he was chasing £20m in five years’ time.

He added: “We have around 100 staff in the UK at the moment but I think that will be 150 and the bulk of that will be in London.” Overseas staff are located at offices Kiev, Portland, Oregon, Dubai and Abu Dhabi.

Thomas & Adamson is leading monitoring work at the Chernobyl Nuclear Power Plant in Ukraine for the European Bank for Reconstruction and Development.

The £2bn project is set to be handed over to the bank later this year.