The extension of the furlough scheme is contributing to labour shortages within the construction industry, the CITB has warned. Latest official figures show that the scheme was still being used by nearly 170,000 workers, or 13% of the construction workforce, at the end of April. 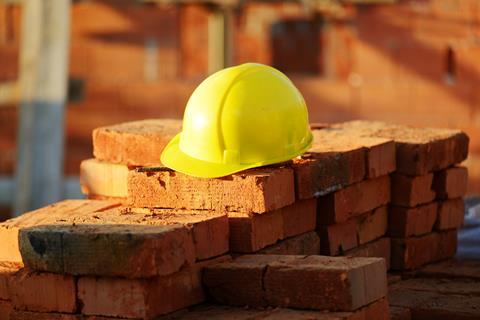 The scheme, which has been extended until the end of September, was still being used by nearly 73,000 firms at the end of April, 30% of those within the sector.

But the CITB said it was now contributing to a squeeze on labour amid a faster than expected resurgence of demand following the easing of lockdown restrictions.

A spokesperson for the skills body said: “There are undoubtedly shortages resulting from workers that are still furloughed.” He added that the shortages were exacerbated by the workers who left the sector as a consequence of the pandemic.”

Victoria Short, chief executive at recruitment specialist Randstad, said the scheme was not helping employers to find staff. The number of applicants appeared to be shrinking while the number of vacancies has nearly doubled.

>> Analysis: So much work to do, so few workers to do it
>> Construction firms claim over £1.1bn of furlough cash in six months

Adrian Smith, Randstad’s senior director of operations, told Building that labour shortages had “ramped up” and that employers were “clearly struggling” to recruit, although he hoped that applicants would become easier to find following the end of furlough in September.

Emigration during the pandemic and following the introduction of the post-Brexit immigration system is also taking its toll with 1.3m foreign nationals leaving the UK in the past year. Since 2017, there has been a 42% decline in the UK’s EU construction workforce, according to ONS figures.

In London, which has the highest proportion of EU workers and the decline is 54%, average earnings in construction shot up by 4.5% in May to £885 per week, according to data from self-employed payroll provider Hudson Contract. The West Midlands saw weekly earnings for subcontractors  increase by 3.5% to £920 in May.

Hudson Contract’s managing director Ian Anfield said the industry was feeling the impact of people leaving the UK ahead of the 30 June deadline for the post-Brexit EU settlement scheme. He said that problems finding workers mirror material shortages, especially in the West Midlands where major infrastructure and building projects for HS2 and the Commonwealth Games are underway.

However, Anfield added: “Luckily, the construction sector still employs 3.1 million people in the UK so, if you know what you’re doing, it is still possible to find the right people.”

This week, chancellor Rishi Sunak said he would not extend the furlough scheme beyond September despite opposition calls to do so after the government confirmed that it was extending the remaining lockdown restrictions for another four weeks until 19 July.