Plans for relocated facility due to be submitted later this autumn

Three firms are believed to be preparing bids to build the new £250m Moorfields Eye Hospital in north London.

Building understands Mace, Bouygues – which in recently filed results returned to the black last year with a pre-tax profit of £2.6m on turnover down 12% to £400m – and ISG are all running the rule over the job which is planned for the St Pancras Hospital site in Camden. 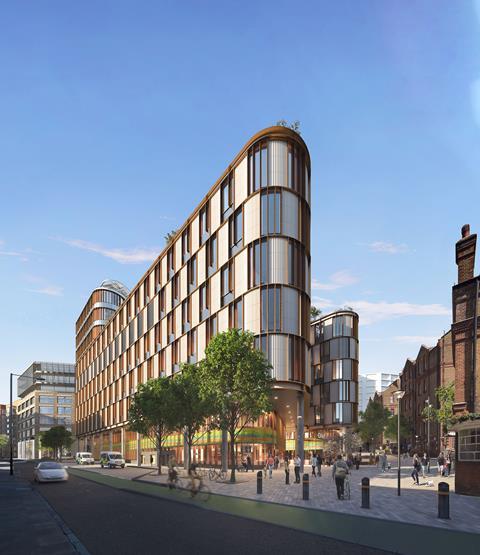 How the new hospital will look

All three have considerable hospital experience to fall back on with Mace carrying out work to improve the estate of UCLH over the past decade while this summer Bouygues, which has specialised in health work since setting up a base in the UK more than two decades ago, won a £250m deal to expand the Evelina London children’s hospital.

ISG has carried out work at a string of hospitals including the Royal Free in London and the Royal Hallamshire in Sheffield.

The design team is made up of Aecom with Penoyre & Prasad, now owned by Perkins and Will, and White Arkitekter.

The team was appointed in January last year following a RIBA competition. Teams led by RSHP, Bennetts and Hopkins were among those to miss out.

A planning application is due to be submitted to Camden council later this autumn.

If planning permission is approved, the new centre could be open to patients in 2025/26.