Skanska and McAlpine team among those chasing Solihull deal

Skanska is one of three firms in the race to build the £370m HS2 Interchange station scheme at Solihull.

Interchange is the fourth and final station of the first phase of the line to come up for grabs with a Balfour Beatty/Vinci team building Old Oak Common in west London while a Mace/Dragados pairing will build both Curzon Street in Birmingham and Euston in central London. 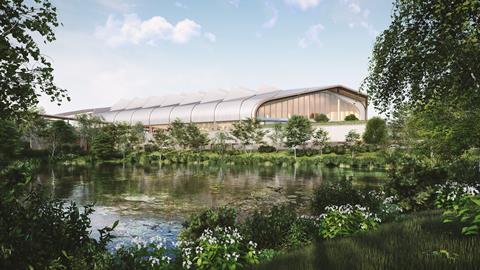 Work is expected to start on the Interchange scheme in 2024

Skanska had teamed up with Costain for the Euston job and had been considered the favourite for the deal before losing out to Mace.

The other two firms bidding are Laing O’Rourke, which pulled out of the Euston bid and was considered the team to beat on Curzon Street, as well as a Sir Robert McAlpine grouping called Unity which includes VolkerFitzpatrick and WSP.

It is the first time the firm has appeared on a shortlist for one of HS2’s stations but earlier this year McAlpine chief executive Paul Hamer told Building it was mulling a bid for the job.

McAlpine is currently working with VolkerFitzpatrick on a tunnelling contract in the Chilterns as part of the Align joint venture.

Designed by Arup, Interchange will include an automated people mover which will link to the NEC, Birmingham International Station and Birmingham Airport and carry up to 2,100 passengers an hour in each direction, with a service every three minutes along a 2.3km route.