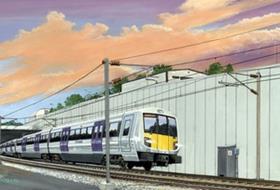 Balfour Beatty, Carillion and Colas are to battle it out for £170m of Crossrail track work, Building has learned.

The three contractors are bidding on two contracts, worth £80m and £90m respectively, to do the inner and outer London track works for Network Rail to accommodate the Crossrail trains.

The winning bidders will update the overhead lines along the route and lower track levels at key bridges along the line including at Leigh Road, Wexham Road, Franham Road and St Mary’s bridge.

The work forms part of the upgrades to 70km of track needed before the Crossrail service is ready to start in 2018, running services from Maidenhead in Berkshire and Heathrow through central London to Shenfield in Essex and Abbey Wood in Greenwich.

Meanwhile, Carillion is to compete against contractors Morgan Sindall and Skanska for £50m of civils work at Stockley Junction, near Heathrow Airport. The project will involve building a flyover and other infrastructure.

The project is designed to improve the capacity in the area, which already has a lot of traffic.

Carillion has previously won the contract to do enabling works at the site and has been on site since the spring, while contractor VolkerRail is doing track work to the Heathrow Express line in the area in preparation for the changes to the junction.

All of the contracts are due to be awarded in December.