Consultant expands management board to 10 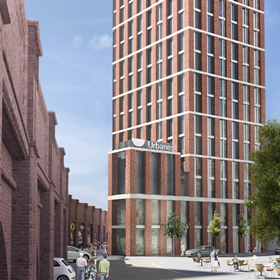 Cost and project manager TowerEight has beefed up its management board, handing spots on the top table to six more names.

The firm, which is working on Quintain’s residential-led redevelopment of Wembley Park in north London, said the decision was part of an upcoming growth initiative at the business, which was founded by four former JLL directors back in 2011.

Morris said: “The firm is continuing to grow as we diversify across different sectors; developing our leadership team is critical to delivering the best service to our clients.

“These promotions reflect the strength and depth of what is an excellent team at TowerEight – I am very pleased at the firm’s ability to promote from within our ranks to drive business growth.”

Brooks, who joined TowerEight in 2016 following stints at Arcadis and Davis Langdon, will also be promoted to the executive management board with responsibility for people management and training.

Leach and Aitken were both recruited from JLL in 2012, while Mann and Evason joined TowerEight from EC Harris in 2014 and 2015 respectively.

Vince joined the consultant in 2013 following an 18-month stint at Consero Management Consulting.

In its last set of accounts filed at Companies House, TowerEight’s turnover edged up £150,000 to £10.9m although pre-tax profit headed south for the first time, slipping 8% to £3.1m, with the firm blaming the dip on increased staff costs. Its next set of annual accounts are due by February 2019.

The consultant, which is also working on a student accommodation block (pictured) in Vauxhall for specialist provider Urbanest, now employs more than 80 people at the Tower Bridge Road office in Southwark it moved into late last year.

The firm is also working on the redevelopment of iconic north London music venue Koko.

The legendary club, which has hosted the Rolling Stones, Prince, Motörhead and Oasis, is set to undergo a refurbishment which will see a boutique hotel and recording studio added to the grade II listed building.

Archer Humphryes Architects’ plans for the project were approved by Camden council last May.

TowerEight is providing project management, QS and employer’s agent services on the job.