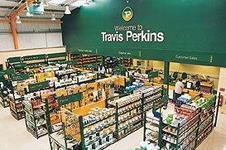 Travis Perkins has announced plans to open 400 new branches across the country over the next four years.

The builders’ merchant says the capital investment programme of £150m-200m will lead to the creation of 4,000 jobs, most of which will be outside London and the South-east.

The jobs will include 170 apprenticeships, as well as 200 branch manager and assistant manager posts, each year.

Thenew branches will be supported by distribution facilities to be opened or extended in Warrington, Leeds, Northampton, Coventry, Cardiff and Tilbury.

Travis Perkins operates under the Travis Perkins, Wickes, Toolstation and Benchmarx brands, and has almost 2,000 branches across the UK. It reported turnover of £5.6bn in 2014.