Trillium gives up on 'expensive and lengthly' PFI bids 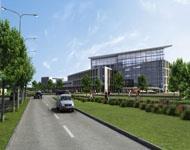 Trillium has said it is pulling out of bidding for new PFI projects because the process is too long and expensive.

The PFI and property specialist, which was sold by Land Securities to rival property developer Telereal three weeks ago, is one of the bidders for the £1.2bn Birmingham BSF scheme - which has been repeatedly delayed.

In a statement, the firm said it was sticking with the deal, where it us up against remaining rival Catalyst, but will pull the plug on new deals.

It said: “This decision is part of a long-term strategy to avoid expensive and lengthy bidding processes that do not offer sufficient return on investment in a reasonable time.”

Trillium said it would instead concentrate on its property part of the business where it looks after buildings for a number of blue-chip clients including insurance firm Norwich Union and telecoms giant BT. It added the switch would mean it could ensure “an efficient and sustainable business”.

Last year, Trillium headed up the winning team to overhaul schools in Kent under a £1.8bn BSF project. The contractors on the job which has a £600 million capital works price tag are Willmott Dixon, also part of Trillium's Birmingham BSF bid, Kier, William Verry and Provian Construction.