Two US firms vie to take over Davis Langdon 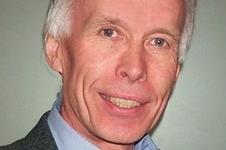 Davis Langdon is in talks with two American suitors about a possible takeover.

Sources close to the situation said the UK’s second largest QS had been in sale discussions with £3.8bn-turnover multidisciplinary group Aecom since before Christmas, while engineering giant Jacobs has also held recent talks about a deal.

Speculation over a takeover heightened this week with reports that partners at Davis Langdon, which employs 5,000 people, held an emergency meeting in London on Monday to vote on takeover proposals.

A source close to the process said: “Aecom and Davis Langdon have been talking for a while. It’s more serious than Aecom’s approaches to other UK firms.”

A second source added: “Aecom and Jacobs are both vying for Davis Langdon and after this week’s vote, something could happen in the near future.”

Most believe a tie-up with Aecom, which employs 45,000 people, is more likely, given that the £7.1bn-turnover Jacobs is noted for its engineering credentials, while Aecom’s project management specialism is seen as a more natural home for a QS.

We are not being forced to do anything

Aecom acquired the 600-strong QS Savant in May 2009 and has made clear it plans further deals.

Rob Smith, senior partner at Davis Langdon, declined to comment on whether the firm was talking to the US companies. He said: “We have conversations on and off throughout the year. There is a recognition of what the leading QS firms like us have to offer. Many of us have exposure to emerging markets, such as China, which forecasters say will overtake the US in growth.”

He added that he would only do a deal with a firm that could help it achieve its growth plans. He said: “Any decision we make will relate to our ambition to be the leading global consultant.”

Despite reports that Davis Langdon was under financial pressure to do a deal after debt at its European and Middle East business doubled to £32m in the year to 30 April 2009, Smith said there was no need to sell and stressed that there was no debt in the £339m-turnover global business. “We are not being forced to do anything,” he said.

In December, Building reported that US firms had stepped up their search for UK targets, owing to their relatively low valuations. A senior source at a large UK firm contacted by Aecom said: “These firms are desperate to increase their numbers to compete for global projects.”