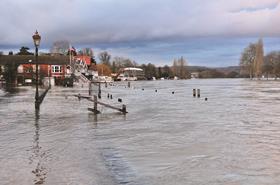 Local authorities and construction companies have been urged to act swiftly to adapt UK infrastructure for expected rises in sea levels caused by climate change.

A report compiled by architect LDA Design, named No Regrets: Planning for Sea Level Rise and Climate Change and Investing in Adaptation, calls for a range of mitigation schemes to be rolled out across the country, with the biggest priority in coastal area facing flooding and erosion.

It says that while traditional hard coastal defences still have an important role to play, there is also a need for more sustainable, long-term solutions such as soft coastal defences, which use natural features like salt marsh to reduce the impact on the coastline.

The report adds that development and infrastructure in the areas at greatest long-term risk may eventually need to be moved or upgraded to increase resilience to climate change.