Firm says Brexit means upcoming year will be a struggle 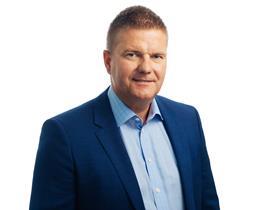 Skanska has warned the outlook for its UK business in the year ahead remains sluggish after the Swedish contractor said operating profit for its group construction business crashed two thirds last year to SEK1.2bn (£107m).

The firm, which is expected to complete work on the Scalpel, the latest tower to go up in the City of London, by the middle of this year, said the UK was still being impacted by the decision to leave the EU.

In a year end report for the 12 months to December 2017, it said non-residential building work in the UK would be weak in the coming year while civil engineering work would remain flat.

Last month, the firm announced that it was cutting 3,000 jobs from its 41,000 strong global payroll in a move to improve falling profitability.

Chief executive Anders Danielsson said the majority of the job losses would be at its Poland business, while the firm said it was pulling out of the power sector in the US. Danielsson (pictured) added that it would “focus on the core business” in the UK, where it employs close to 6,000 people.

The company has been forced to book impairment charges and writedowns of SEK2.5bn (£223m) for its operations in the UK as well as Poland, the Czech Republic and the US.

The firm, which is also upgrading 21 miles of the A14 in Cambridgeshire under a £1.5bn deal for Highways England, said it has taken a SEK360m (£32m) writedown in the UK but did not name the projects. It said changes by clients, project delays and not hitting estimated production rates were to blame.