The mayor of Liverpool has said she will not let Unesco’s decision to revoke the city’s world heritage status hold back its redevelopment ambitions.

Joanne Anderson told Building that the city will forge ahead with new developments without being “tied to the conditions of a heritage body with no idea who we are and what we are about”.

Unesco voted 13 to five in favour of removing Liverpool from the World Heritage Register at a meeting in China two weeks ago. 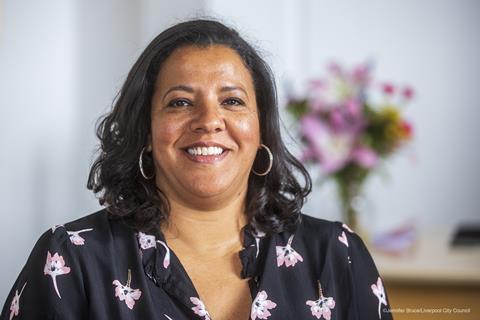 The city had been engaged in a decade-long battle with the UN body whose world heritage committee said that too many inappropriate developments had been built around its historic waterfront.

The vote followed through on recommendations for the punishment in June in a Unesco report, which said that new schemes had caused an “irreversible” loss of the waterfront’s authenticity and integrity.

But Anderson slammed the decision and said that Liverpool “will always be a world heritage city”.

She added: “What makes us special can’t be measured or mapped and it certainly can’t be decided by a heritage body situated hundreds of miles away.”

Both are located in the city’s north docks, one of the most deprived areas in the UK.

Anderson said that the regeneration of the district was critical to the city’s recovery from the covid-19 pandemic and that she is not prepared to lose the opportunity for a “heritage label”.

She added that she found it “incomprehensible” that Unesco would prefer Bramley Moore Dock, which has been inaccessible to the public for decades, to remain a “derelict wasteland” rather than see the construction of the stadium.

And she said that Liverpool owes it to residents who remember the city’s low ebb in the 1980s to “keep growing and building on their vision of a better time”.

Only two other world heritage sites have had their status revoked since the system started in 1978.

Oman’s Arabian Oryx Sanctuary was removed from the list in 2007 after poaching had seen the site’s population of oryxes - a type of antelope - nearly wiped out.

Dresden Elbe Valley had its status deleted in 2009 following the construction of a 600m long bridge crossing the valley.

Following its decision on Liverpool, Unesco told the UK government that it would throw a “harsher spotlight” on the UK’s other 31 listed sites including the Palace of Westminster and Kew Gardens.

The body also warned it would place the 5,000-year old Stonehenge monument on its “in danger” if plans to build a £1.7bn road tunnel near the site were given the go ahead. But last week a High Court quashed an order granted by the government to build a two mile tunnel near the site, which campaigners said would detrimentally affect the World Heritage Site.