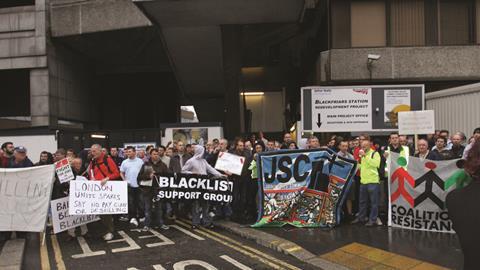 Union leaders have warned protests could hit major construction sites including the Olympics if leading electrical contractors follow through on plans to ditch a 40-year old wage agreement between contractors and workers.

Union Unite declined to rule out balloting for strike action over the issue, despite the fact a spokesperson for the eight electrical contractors that have walked away from the wage agreement says it will not hit workers’ pay packets.

The electrical contractors, which include Balfour Beatty and NG Bailey, have snubbed the Joint Industry Board (JIB) run by Unite and the Electrical Contractors Association (ECA) which usually draws up the agreement.

Spokesperson for the contractors

They say they will leave the JIB - which has been operating since 1968 - in March next year.

A spokesperson for the contractors said: “Not a single worker will be any worse off. The contractors are making that clear to their workforces.

“The draft agreement introduces different grades and different levels and will also allow electricians to work as part of a more integrated workforce. We want a more modernised sector and these proposals will provide that.”

Unite’s national secretary for construction, Bernard McAulay, said the union had rejected the firms’ proposals at a meeting on Tuesday and refused to rule out a strike ballot on the issue.

About 100 workers attended an unofficial protest against the proposals outside the Blackfriars station site in London on Wednesday (left), on which Balfour Beatty is the main contractor.

A spokesperson for the protesters said more protests were planned outside projects including the Olympic park in Stratford, Media City in Manchester and power generation plants.

He added more than 500 employees attended a heated meeting on the issue in London earlier this month.

The disagreement with the JIB – which has been jointly run by Unite and the Electrical Contractors’ Association - marks a breakdown in relations between the ECA and some of its largest members.

A spokesperson for the ECA said: “We are naturally disappointed by this turn of events and would urge the companies concerned to introduce the changes they require within the context of the JIB industrial partnership.”

John Corkerry, 52, has worked as an electrician for the last 35 years. “We’re not just here fighting for ourselves, we’re fighting for the future. It’s not even worth coming into the industry now,” he said. 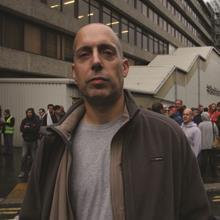