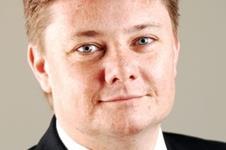 The value of unsold shared-ownership homes may be as high as £1bn, the government’s housing quango has warned ministers.

It is understood the Housing Corporation told junior housing minister Iain Wright at a meeting on Monday that it was investigating estimates that the value of new housing association shared-ownership homes sitting empty had risen by 15% since March.

Steve Douglas, the corporation’s chief executive, admitted it was looking at the issue as part of its quarterly review of housing association business models, but had not yet concluded the work. He said: “We will publish the review in the next weeks. We are working on options to manage unsold stock.”

The government is continuing to rely on the housing association sector to keep housing output up, despite the fact that many associations are reducing their development programmes because of exposure to the wider housing market downturn.

Major London housing associations are believed to have told Wright that the government’s affordable housebuilding targets would not be met unless there were changes to the way associations were funded.

The news comes amid persistent rumours that a major housing association, Genesis, is in financial difficulty and may be looking to merge with rival Notting Hill Housing Group. Anu Vedi, Genesis chief executive, strenuously denied both rumours. He said: “This is all gossip and nonsense. We are well funded.”

Genesis has a large development programme of shared-ownership properties. Its latest accounts showed the value of property for sale on its books increased threefold in the past year to £158m.

Kate Davies, chief executive of Notting Hill, denied it was in merger talks with Genesis.