Up to 10,000 new jobs threatened by Wylfa suspension

Hitachi’s decision to pull the plug on building a nuclear plant at Wylfa Newydd could see 10,000 new jobs headed down the drain, according to the CBI.

The Japanese giant suspended operations on Thursday after failing to gather enough backers or secure a workable deal with the British government. 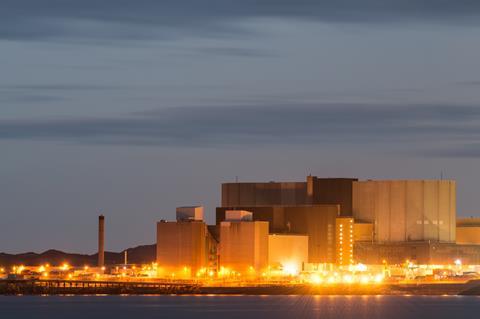 Matthew Fell, chief policy director at business advocate CBI, said: “As the second cancellation of funding for a new nuclear plant in as many months, it leaves in doubt the UK’s ability to replace its existing nuclear fleet.

Horizon Nuclear Power, the vehicle through which Hitatchi planned to build the plant, already employed 380 people at its headquarters in Gloucester and another 65 at an office in Anglesey.

Following a short period of consultation, almost all employees will be made redundant.

A spokesperson for the business told Building: “As Hitachi cannot continue with Horizon at its current capacity as a going concern, there will be a reduction in roles to a minimal core.”

Yesterday business secretary Greg Clarke said the government had offered to take-up a third equity in the project and provide debt financing to complete its construction.

But Hitatchi said it had lost £2.1bn on the project and “decided to suspend the project at this time from the viewpoint of its economic rationality as a private enterprise”.

It added: “It is now clear that further time is needed to develop a financial structure for the Horizon project and the conditions for building and operating the nuclear power station.”

Funding for nuclear projects is made difficult by hefty potential risks, which put off investors, as well as ever-cheaper renewable alternatives.

The government has been researching whether a regulated asset base financial model could be used in the nuclear sector and is gearing up to publish its assessment before summer.