Scottish housebuilder Miller Homes is set to be bought by US private equity firm Apollo Funds with the Edinburgh-based housebuilder saying it wants to boost its annual build rate by 70%.

The private housebuilding giant will be sold by investor Bridgepoint Group to Apollo, which claims to have $481bn of assets under management, following the signing of a deal worth a reported £1.2bn. The deal is due to be inked by the end of March.

The news marks the latest in a series of purchases by private buyers of UK housebuilders, with McCarthy & Stone, Urban & Civic, Avant Homes and Keepmoat all changing hands in 2021. 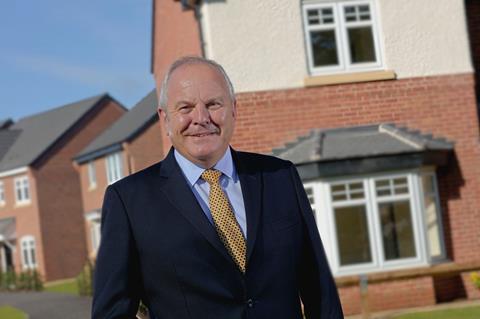 Announcing the move, Edinburgh-based Miller said it wants to increase its annual development rate to 6,000 homes a year.

Alex Humphreys, partner at Apollo, said: “Miller Homes has a strong presence in suburban locations that continue to see strong consumer demand and we look forward to working alongside the talented management team to execute on their growth strategy.”

Chris Endsor, chief executive of Miller Homes, said: “The past four years have witnessed a period of expansion and strong operational performance for Miller Homes, as well as having to adapt the business in exceptional circumstances.

“We have emerged stronger for it and are very well-placed to achieve our medium-term target of 6,000 units while maintaining the product quality and service for which we are known.”

According to Building’s latest Top 20 housebuilders, Miller is already the UK’s 12th largest homebuilder by turnover recorded in its most recent financial results.

Last May, the firm bought £5m turnover strategic land business Wallace Land Investments, adding 41 sites and 17,500 plots to its land bank. This move increased the number of sites it owns by almost 50% to 119, and almost doubled the number of potential plots under its control, to around 38,000.