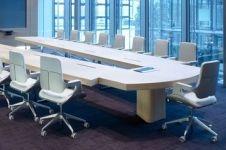 According to sources close to the administration process, Jones expressed his interest after it became public that the company was headed for receivership.

Jones’ move followed a row with John Gibson, Verry’s chairman, over the use of cash within William Verry Holdings, the parent company that also owns St Albans City football club.

As a result of the row, it is understood Jones has not been at his desk since February. Both Jones and Gibson were unavailable for comment.

As Building went to press, Essex contractor McLaren Construction looked set to buy Verry’s existing contracts. It had reportedly fought off Kier, ISG and Rok for them.

A spokesperson for administrator BDO said as many of Verry’s 120 staff as possible would be kept on, but it was still not clear whether the name would survive.

We’re treating the money as a lost cause. Nobody has contacted us all about McLaren

Despite the news of the sale, subcontractors are concerned over lost payments.

James Blunt is a consultant for Bagley Plastering, a firm with a turnover of £2.5m that is owed about £56,000. Blunt said promises of payment were made but not kept and his firm had not been told that McLaren had taken over Verry’s existing contracts by Wednesday.

“We’re treating the money we’re owed as a lost cause now,” he said. “I’ve tried to get hold of Verry, but have been unable to get through. Nobody has contacted us at all about McLaren. I doubt any of the supply chain who are owed money will be paid.”

Paul Cunningham, company director for recruitment specialist Borne, which is owed between £12,000 and £15,000, said: “I believe that money’s a goner now. I don’t think we’ll get paid at all.”