Exclusive: Contractor beats off competition from Mace and Balfour Beatty to win job to build replacement for Pier 1 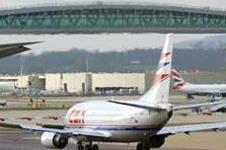 Vinci has won the £100m job to build a new baggage facility and a replacement for Pier 1 at Gatwick airport.

As Building revealed last month, Vinci had edged ahead of rivals Balfour Beatty and Mace in the race for the £100m contract, which is part of the airport’s £1.2bn capital investment programme.

Building now understands that Vinci has been confirmed as the preferred bidder, with the contract award to be announced later this month.

The job involves the construction of a new baggage facility at Gatwick South Terminal, as well as new aircraft stands and pier facilities to replace the existing Pier 1, the building that connects the terminal to aircraft, which is the oldest pier at the airport.

Earlier this month Morgan Sindall won the £16.75m South Terminal Airside Development contract, which involves undertaking refurbishment work on parts of the South terminal as well as preparing Gatwick’s facilities for the demolition and rebuild of the new Pier 1.