Passenger numbers at Vinci’s UK airports collapsed in the final three months of last year underlining the mountain one of construction’s key sectors has to climb after being ravaged by the ongoing covid-19 pandemic.

The French contracting and transport giant owns a majority stake in Gatwick Airport as well as a 100% share in Belfast Airport. 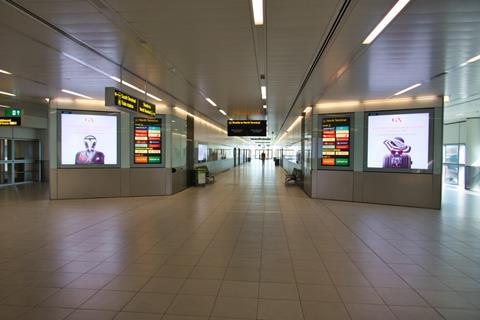 Like other airports in the UK, Gatwick was deserted for large parts of last year because of lockdown restrictions caused by the covid-19 pandemic

Dozens of contractors have been affected by impact of the pandemic on the aviation industry with Mace, Balfour Beatty and Turner & Townsend among those who have said collapsing workloads in the sector have hit numbers and jobs in recent weeks.

Vinci, which is helping Balfour Beatty build a new station at Old Oak Common in west London as part of the HS2 project, said revenue from its UK business, which includes airports and contracting, fell to €2.6bn (£2.2bn) from €3bn (£2.6bn) last time.