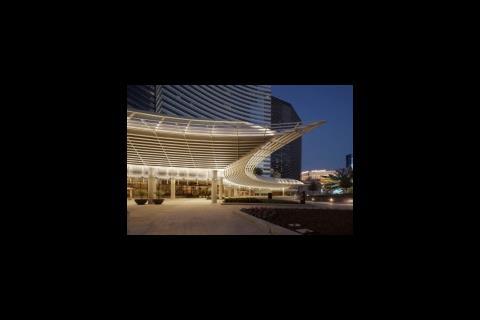 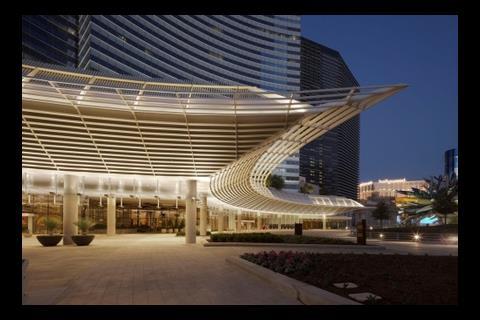 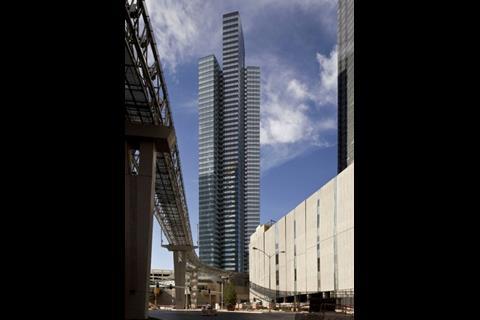 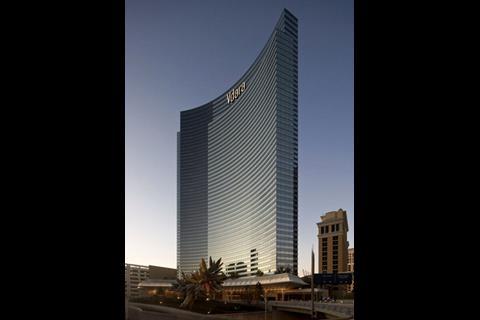 CityCenter comprises six schemes by internationally renowned architects. All six are now complete, with Viñoly's the first to officially open.

The other elements include:

The CityCenter resort on the Las Vegas Strip is being developed by MGM MIRAGE and Infinity World Development Corp, a subsidiary of Dubai World, with a masterplan by Ehrenkrantz Eckstut & Kuhn Architects.

The hotel's 1,495 suites are wider and shallower than most hotel suites, to maximise views and daylight penetration. The three-arc floor plan also allows six corner rooms rather than four per floor.

In keeping with the sustainable focus of the overall CityCenter development of which it is a part, Vdara meets the LEED Gold certification level.

Sustainable features include ecologically friendly construction materials, the use of light-coloured surfaces on the pool deck and roof to reduce the urban heat island effect, and measures to reduce water consumption such as low-flow plumbing fixtures and water-efficient, native landscaping.