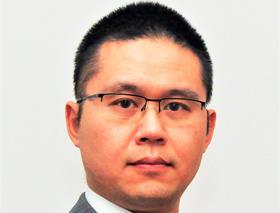 WSP has bolstered its aviation team with the appointment of two senior design and planning specialists.

Bosco Rodrigues, who has three decades of experience in airport planning, strategy and project management, returns to the firm as technical director, having held the same role there from July 2006 until February 2010.

He will lead the development and delivery of WSP’s airport planning and advisory services in the UK.

Rodrigues joins from the International Air Transport Association where he was assistant director of airport consulting for a year. He also worked at engineer CH2M for nearly seven years and has worked as a consultant on projects at airports including Heathrow and Gatwick in the UK as well as in Russia, India and Latin America.

Edwin Yau (pictured) also returns to WSP as an associate director with the airfield engineering team based in Basingstoke, Hampshire.

He spent more than six years at the firm from November 2007 until March 2014 as principal airport engineer and most recently was the maritime team leader for Opus International Consultants, managing projects for key clients including the Royal National Lifeboat Institution.