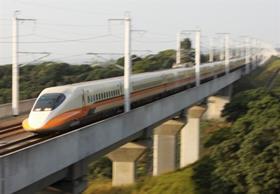 The firms closed the deal today after WSP paid cash for all the shares in Parsons Brinckerhoff.

Shares in the combined company will start trading on Monday.

The sale was approved by Balfour Beatty share holders earlier this week.

Pierre Shoiry, president and chief executive of the new combined entity, said the acquisition made WSP and “industry leader, with the ability to deliver more expertise and services” to its customers

He added: “We will now focus on combining our respective businesses and on generating revenue synergies, such as in the rail sector where we see an opportunity to combine WSP’s expertise in above ground station and platform design, with Parsons Brinckerhoff’s expertise in tunnelling and underground technology or in the aviation sector, where our expertise in land and air sides are complementary.”