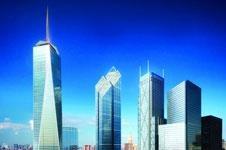 WSP Cantor Seinuk, the structural engineer on the 541m Freedom Tower that is to be built on the site of the World Trade Centre in New York, is to double its workforce to prevent the project falling further behind schedule.

WSP’s American outfit has been asked to provide 12 extra engineers to support the contractor, Tishman Construction, bringing its total to 24. It will make staff available to work overtime and on nightshifts on the tower, which is a year behind schedule and has an estimated cost of $3bn (£1.7bn).

Ahmad Rahimian, president of WSP Cantor Seinuk, said: “The company is fully dedicated to supporting the design and assisting in the construction of the Freedom Tower and we are ready to bring on board additional staff as may be required to accelerate the project construction.”

The Ground Zero project has been plagued with setbacks, delays and rising costs since construction began in 2006. Last week it was revealed through a freedom of information request made by Associated Press that the transport hub at the site was $500m (£285m) over budget and five years behind schedule. Last Thursday the Port Authority of New York confirmed that the overall scheme would be $1bn (£572m) over budget.

As well as its work on the Freedom Tower, WSP is also working on towers two and three and the two memorial pools. The group was a consultant on 7 World Trade, the first building to be constructed after the attack on the twin towers in 2001.

The Ground Zero project has attracted a host of great names in UK architecture including lords Foster and Rogers, who designed towers two and three respectively. The Freedom Tower has been designed by US architect David Childs.

More US news at www.building.co.uk/global