The government has been told that the one year extension to the existing certification system for products will not be enough with groups warning the UK still does not have the capacity and skills to carry out the required tests on thousands of items.

Yesterday the government bowed to pressure from the industry and agreed to delay the introduction of the new, post-Brexit certification rules by 12 months.

The current CE markings, which have been used to certify products across an array of sectors in Europe since 1985, had been due to replaced by the UK Conformity Assessed (UKCA) mark in just over four months’ time. 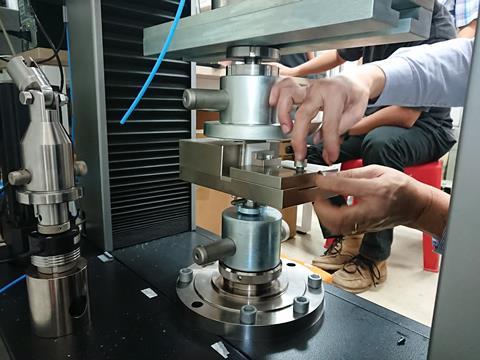 UKCA marked products were due to be used solely from the start of next year, meaning thousands of construction products faced a race against time to be tested in UK facilities to obtain the new certifications with the cost of some tests put at £50,000.

But the proposal has now been pushed back until 1 January 2023 – meaning CE stamped products will still be allowed to be used in the UK next year.

A spokesperson for the department for business, energy and industrial strategy blamed the impact of the pandemic for the delay but industry groups have for months been telling the government the UK lacked the capacity and people with technical know-how to carry out the tests required.

The BEIS spokesperson added: “Businesses must take action to ensure they are ready to apply UKCA marking by 1 January 2023, the final deadline.”

Industry groups welcomed the delay but said the same problems remained and predicted government would be forced to delay the introduction of the new mark a second time.

A spokesperson for the Construction Products Association said: “We are not in fact wholly convinced that one year will be enough time to address all the challenges at hand but we are cautiously optimistic and will work closely with government to monitor the progress.

“There is much riding on the new system, not only for businesses but for building safety and performance across the whole built environment.”

Builders Merchant Federation chief executive John Newcomb added: “There are currently not enough approved companies or qualified people to conduct the huge number of assessments and certifications required and the extension does nothing to nurture what limited testing capacity and capability there is within Great Britain. We would like to see more support for a home testing market.

“There is a danger that simply extending the time period for CE marked goods to be placed on the GB market is just kicking the can down the road, and not providing a long-term solution.”

And Andy Mitchell, Construction Leadership Council co-chair, said it would be difficult to meet the new deadline.

“Even with this extension, it will still be very challenging to ensure that the whole sector is ready for the new date, given the need to drive major increases in testing capacity,” he added. “It is vital that industry continues to work with the government to address these issues, ensuring that we don’t just postpone the crisis by 12 months but instead establish a robust testing and marking regime to ensure the continued safety and performance of the products that we use.”

Some want the introduction of the new mark to be delayed by two years at least with products particularly at risk of being caught out by the new rules including radiators, sealants, adhesives, specialist glass and some types of ironmongery because there are little or no testing facilities for them in the UK.