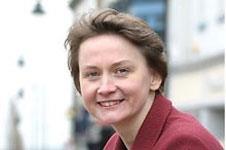 A consultation into how to officially recognise workers' memorial day is to be launched.

Yvette Cooper, the work and pensions secretary, confirmed the consultation would look at ways in which the day could be officially recognised in the UK.

Cooper said: “It is a tragedy that some people go out to work and then never return home to their families. I want to look at what the UK can do to remember the thousands of workers who have lost their lives.

“I know there are many ideas for consideration, including a lasting memorial. Many countries already recognise workers memorial day, to commemorate those who have been killed, seriously injured or made ill through work.”

The UK reportedly has one of the best health and safety records in the world, but there were still 180 workplace fatalities in Britain during 2008/09, 53 of whom were killed in the construction sector.

Meanwhile, about 4,000 people die every year from cancer related to past exposure to asbestos, and every working day, 400 people are seriously injured while at work. It is estimated that accidents and ill health cost society £20bn every year.

Workers Memorial Day was conceived in Canada in 1984, and is now recognised as a national day in many countries around the world, including the USA, Spain and Brazil.

The consultation is published today and will run until 19 October 2009.