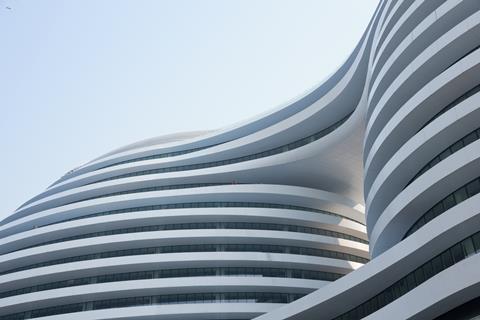 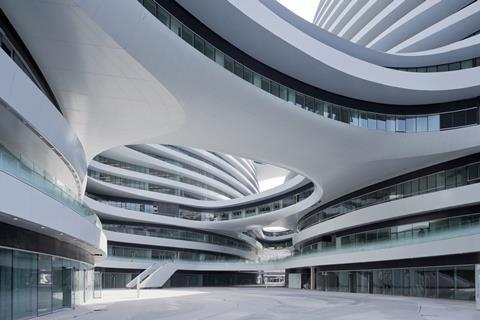 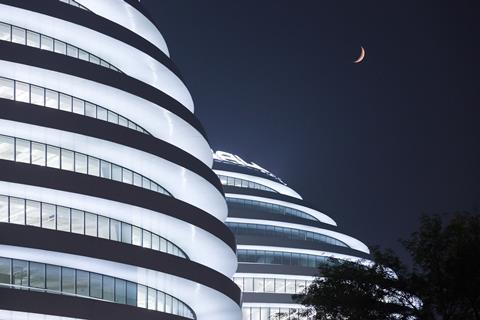 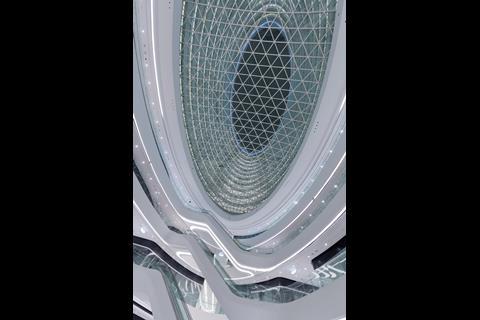 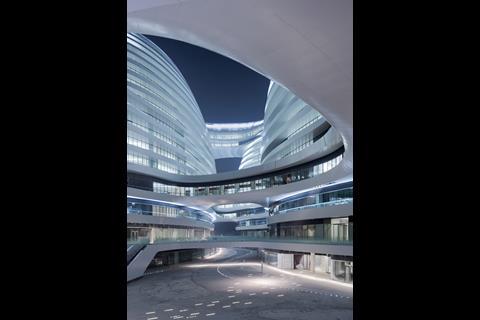 The 330,000 sqm mixed-use develop covers 18 floors, three of which are underground, with retail and courtyards on the lower levels and offices occupying levels four to 15.

Zaha Hadid, director of the practice, said: “The design responds to the varied contextual relationships and dynamic conditions of Beijing. We have created a variety of public spaces that directly engage with the city; reinterpreting the traditional urban fabric and contemporary living patterns into a seamless urban landscape inspired by nature.

“The natural rhythms and flows of the city, of the environment and of the people have been integrated within the design to define its formal composition.”

All units in the building have already been sold. Zaha Hadid Architects is also developing the Wangjing and Sky projects in Beijing and Shanghai respectively for developer Soho China.