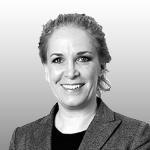 When parties to a construction contract include a requirement for a joint names insurance policy to be obtained and maintained, they consider they have made a prudent decision - to let the insurers bear the risk of an insured event in the first instance. What those parties may not realise is that in doing so they may well also be taken to have agreed that they will have no liability to each other for any matters to be covered by that policy.

The basic facts of the case are that the charterer of a vessel, the Ocean Victory, was obliged to maintain insurance in joint names with the ship’s owner against specified risks. The Ocean Victory ran aground in a port in Japan. After paying out under the insurance policy, one of the insurers, Gard Marine, sought to recover damages from the sub-charterer in possession of the vessel at the time it was damaged, by way of a subrogated claim.

After paying out under the insurance policy, one of the insurers sought to recover damages from the sub-charterer by way of a subrogated claim

It was common ground that where insurance is agreed for the benefit of both parties they cannot claim against each other in respect of an insured loss. That’s the result of a long line of cases to this effect over the past few decades. The issue in this case concerned whether that rule applies (i) because the parties have impliedly excluded their liability to one another for such losses; or (ii) the insurance recoveries are taken as having satisfied one party’s liability to the other.

This issue was important because the insurers had sought to take an assignment of the charterer’s right of action against its sub-charterers: the first rationale would exclude the subrogated claim; the second would not.

By a narrow majority of three to two, the Supreme Court decided that the first rationale was the correct approach: “under a co-insurance scheme like the present, it is understood implicitly that there will be no such claim [between the parties]”.

The minority firmly disagreed with the majority on the basis that (a) this interpretation meant that the parties had included an elaborate trading warranty, by way of a specific amendment to the standard form they had adopted, which was as a result almost entirely redundant and (b) the joint names clause did not expressly state that rights of subrogation would be waived, yet other insurance clause options within the standard form used by the parties had included such language and could have been adopted by them. In other words, if they meant for those rights to be waived in this case, they would have stated so more clearly in the contract.

In practice, what does this mean for the construction industry?

One obvious area to consider is that the Supreme Court’s decision did not turn on whether the insurance moneys were actually paid - the effect of the joint names clause was considered to be the same regardless. Parties will therefore need to think carefully about not only the level of their insurance (to make sure they are not under-insured), but also any possible risks that might prevent the insurer from paying out, including the insolvency of the insurer. If the losses are suffered by the employer and it was for the employer to take out the insurance, for example, then the employer may well be left bearing its losses even if they have been suffered as a result of breach of contract or negligence by a third party.

It is also worth noting that the broad approach taken by the Supreme Court might be applicable where the relevant insurance could be said to be for the joint benefit of the parties, whether or not that insurance is to be procured in joint names. That may lead parties to become increasingly unwilling to share details of their own insurances in case their counterparty tries to argue it provides a joint benefit.

Despite us now having Supreme Court authority on the issue we can expect further case law on the point over the coming years. Each contract will be different and the parties will need to consider whether the words they have used in their contract displace the “implicit understanding” referred to by the Supreme Court such that the contractual liabilities regime remains in place despite the insurance requirements they have agreed.

What is clear, however, is that going forward parties will need to treat their insurance arrangements with the same degree of caution as limitations and exclusions of liability, or they may find themselves at a loss with no right to recover.